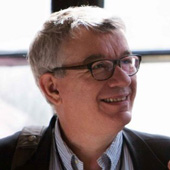 Director of the Innovation Center

Bruno Ramond is associate professor at the Université de Technologie de Compiègne. Bruno is a mechanical engineer with a Ph.D. in materials science. He had participated in the creation of the department of Mechanical Systems at the UTC, of which he held the direction from 2011 to 2007. He promoted the creation of an Innovation Center, and worked on this project from 2007 since the inauguration of the center in 2014. He assures its direction from 2013. Since 2012 he is also involved in a regional project to build an “ecosystem of innovation and creativity”.

You will meet Bruno during the second week of the school where he will welcome you. He made this DIPFablab Winter School a reality.